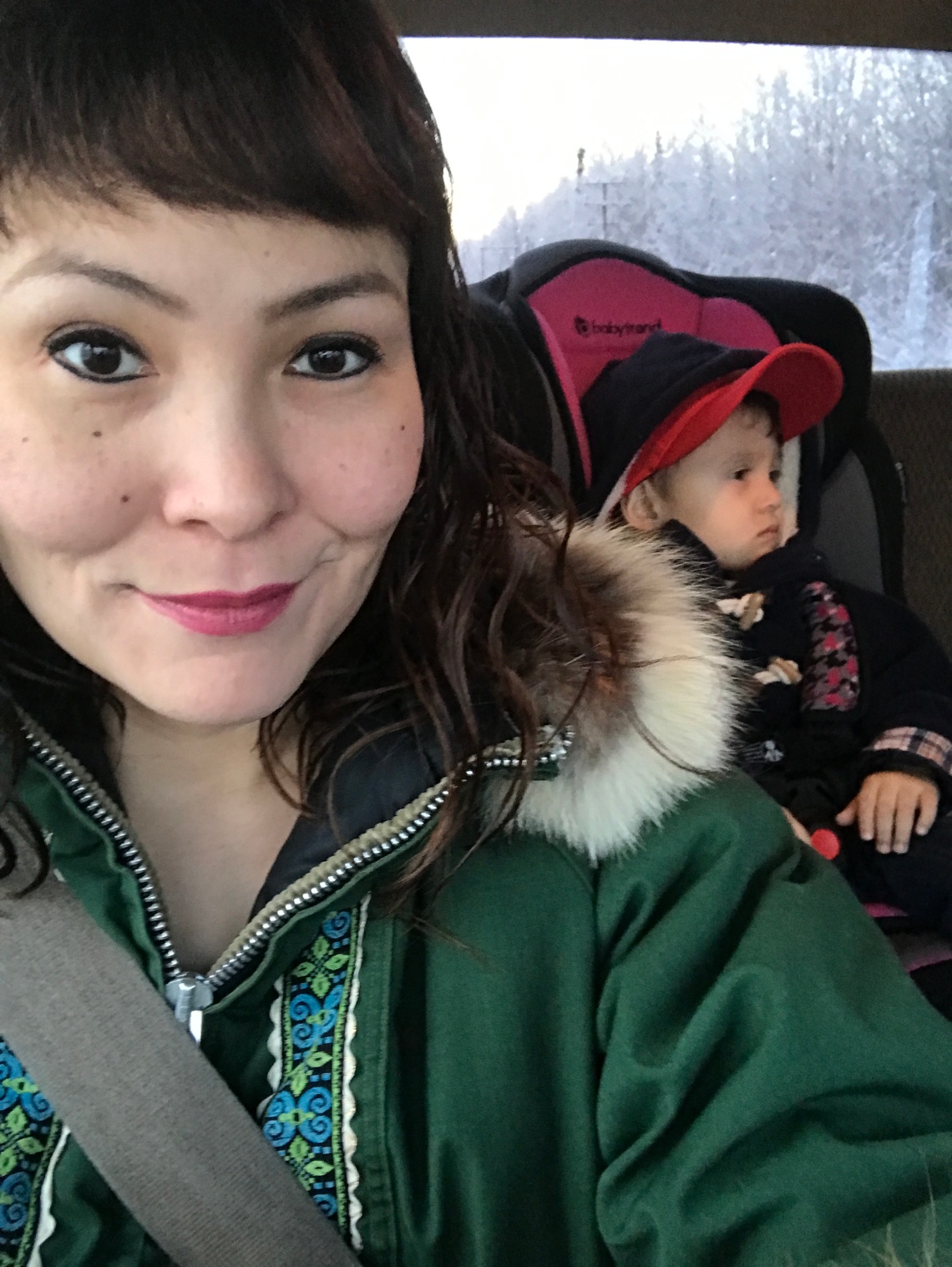 The things that make a mother smile. I was driving back home from Soldotna and stopped at Turn Around lake to take in Gods beauty and enjoy a glorious picture painted differently each day, a true blessing in itself. I was content to bask in His splendor.

The kid in me is the kid in you. The ice was covered with snow with circles of clear ice here and there. I knew I could glide across the ice if it was thick enough. I had to Investimagate (investigate). The first try was just a trial run. I was pretending to play an old Eskimo game gliding across the ice free of snow. I did this three times and headed back to the Passport.

I came close to the bank and found a cool pocket knife. I was kinda bummed it wasn’t a Gerber, little did I know it was a better brand, out of my league. Then I smelled it. Green. I had to go make sure the people smoking didn’t loose this knife. I walked up to them and asked, they said no. There was a couple with a dad in the back in one vehicle, the single mans son was in the other vehicle alone playing on his iPad.

I asked the three grown ups if they wanted to play a game with me I just made up. The heavy set driver said the ice wouldn’t hold him, I said it was thick enough. He still said no. I asked the dad in the back. He said he was terrified of ice, I told him I would hold his hand if that made him feel better, he said no and that his son might want to try and that he was a skateboarder. My kinda people.

The pocket knife they said was a good find. Really, I have never heard of it before and I had to explain its a brand simply out of my budget. The battle for the Kershaw blade.

I asked the young son, who had beautiful long dreads and the smile of an angel I would get to see soon. He said yes. I explained that it’s easy to walk on the ice with white specks of snow, but the clear circle was slippery. I showed him my game I just made up, like so many I’ve made up before, and he tried it.

The first was practice but we raced. Then I said, let’s play for something I just found, it’s very precious according to your dad. In my heart I wanted him to win. He was excited and I can see it all over his face and I took so much delight in his smile and excitement. The first go I won. I wasn’t going to hold back and I wasn’t going to let him win on purpose. But I said let’s just do best out of three. The hope in his eyes and on his face were intoxicating. We went again. He fell, trying oh so hard to win. That one didn’t count let’s try again. The next two I tried my best to beat Ezekiel gliding across Turnaround lake playing what I called an old Eskimo game, had to make sure and tell him I was an Eskimo. He wasn’t from Alaska. He played my game and won a Kershaw pocket knife. He held it in his hand with a smile on his face that reminded me what my heart beats for. Spreading hope, something I’ve never had growing up, but I found my hope in Jesus and not once let go.

The joy of giving a smile, simple acts of kindness, living for what your heart beats for. Amen.