Today I found out how unique my name is as far as the State of Alaska goes. In history, I am the second person born in Alaska with the given name Gertie, there are only four of us! The most recent was born in 2012, two in the 80s and one before the 60s.

My mom had planned on giving me the name Cheryl, but at my birth she only thought of my great grandmother Gertie, who’s given name was Gertrude. I am happy my mom chose Gertie. I took a test to guess my age and the test guessed I was 79, based on my answers. Cute, 34 going on 79!

My best asset is not my looks, not how I act, it is literally my ability to put my trust in God and to love Him and His son, regardless of the struggles of this world we are called to endure. Even through our struggles a lesson is learned. I have and continue to learn patience.

There is no limit on faith, just keep your faith and He will keep you. I was sewing yesterday and was thinking of our families life up at the cabin. One summer my parents bought an old fashion hand crank laundry washer. It was an open circle with the roller pin. It didn’t work very well but it did do a good job of ringing out the clothes that were washed. We had the washer boards and a tin tub before and after we used this contraption. My least favorite chore is and always was dishes. I went through a month of paying my siblings Monopoly money to do the dishes, until they tried to spend it at the store. I was punished accordingly and ended up having to do more chores in the end.

We had over 20 mushing dogs for a long time growing up. We had a slop bucket for table scraps we would feed them along with fish backbones. My dad never relied on commercial dog food, and commercial dog food never made sense to me. It is a healthier diet for dogs to eat table scraps and fish. The commercial producers use a lot of by product that is considered unedible by human standards. Also, when a puppy is a puppy and dewormed, they have to continue to be dewormed because although they eat commercialized dog food, they get worms over and over again. I would imply that maybe there is a scheme with the dog medical and food industry, skeptical to say the least.

Chores are important for children. They teach structure and healthy living habits, Duke is required to clean up any messes he makes and is always happy to do so, I just make it fun. Make life fun! 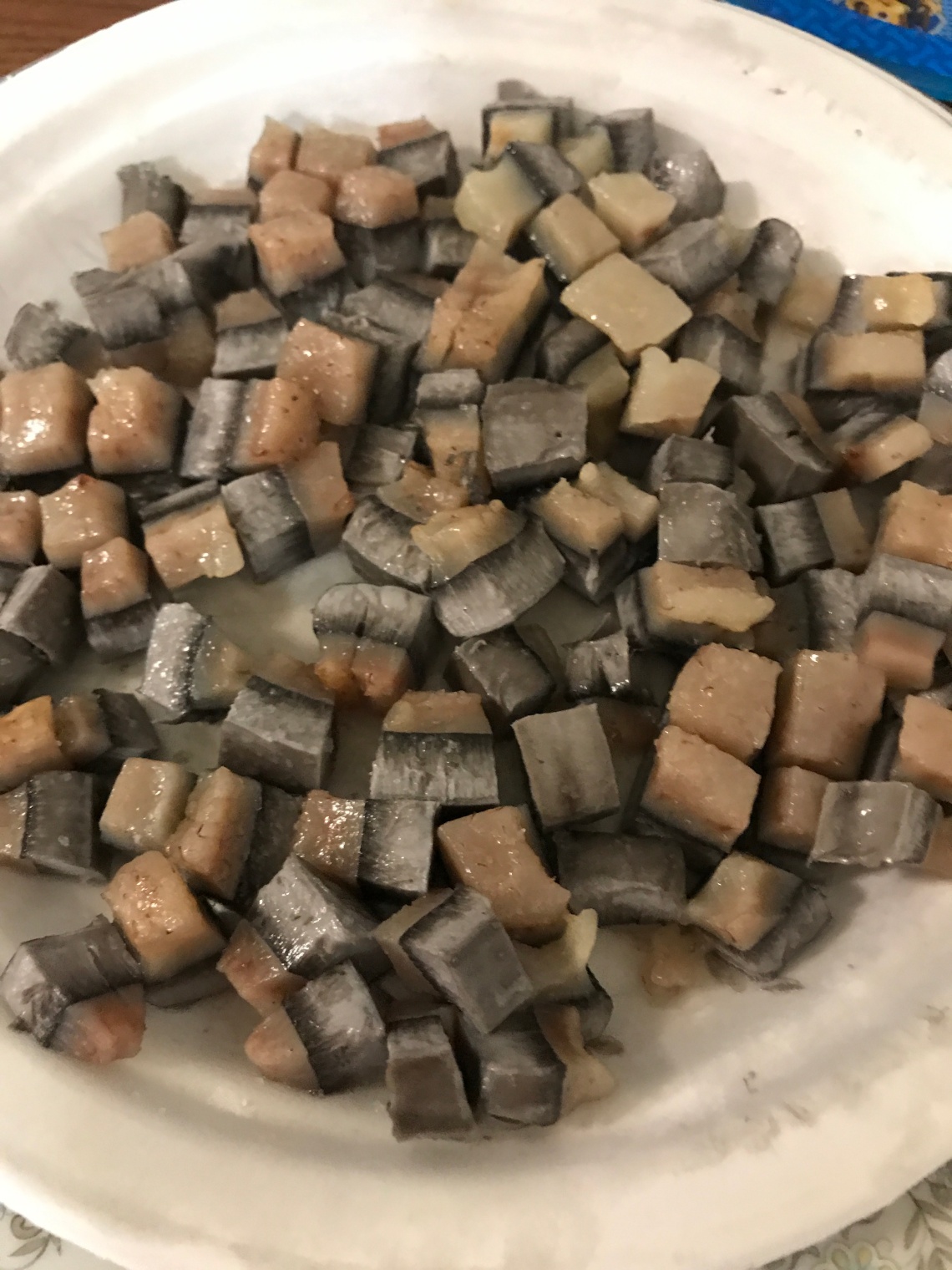 Beluga whale skin and fat prepared by boiling for 5-10 mins. Salt to taste. Rich in Omega-3 fatty acids and something I feel blessed to be able to eat. One cannot go to a store to buy whale, one cannot sell whale, only at the table of those allowed to hunt will you be able to eat Muktuk.

The first thing in the spring that I was sure to pick for my mom growing up is what we call pussy willows, they are a white fluffy bloom on willow branches that are one of the first bloomage of spring. They are not a flower but they were pretty to me so I made sure to pick a bouquet for my mom and often times my grandmothers as well.

When summer came I loved picking blue bells and purple iris for my aunts, grandmothers and mom. They would smile and say thank you and it made me happy to make them happy. I still feel that way today when I make someone smile, it makes my heart happy. I have been struggling as of late to be my usual happy self. It is a inner battle of self esteem and wondering if “what if.” Then I surely snap out of it thanks to my sister who has been here for me when I needed her the most.

I am confident things will only get better as long as I continue to stay faithful to God and trust and rely on Him. I will teach Duke to admire flowers and pussy willows where they grow instead of picking them. I use a camera to take pictures of the flowers I love and come across because they do the world justice where they grow so beautifully.

Sewskimo Gertz creation: seal skin slipper, sheered sheep sole with beaver and beaded trim. Alaskan Native made by me with love ❤️ almost done. I cut out the pattern yesterday and sewed my little heart out today!

I was a very young girl when I saw the first and only RV in Unalakleet. It was next to one of my favorite aunts house. I went inside it once, it was run down, but I imagined what it would have looked like in its prime. It was more of a play RV we made mud pies near.

There was an old garage next to the old house I grew up in. I would watch a robin every summer make her nest in there, the very spot the only hotel is now located. Our neighbor Patricia was so very nice to me. I got to be the baby in the wheel barrel and be pushed around. She had a clubhouse we would play Mickey Mouse clubhouse in. There was a time we made a cardboard with a hole in the middle and sang the same song on the show and popped our heads through the hole and said our names. We tried some of the bizarre snacks they invented on the show as well. She let me play with her amazing Barbi house a few times in her bedroom, this one had the elevator and it was spectacular.

I made up a game at the playground called Devils Ditch, you had to swing past a person in the ditch and not get pulled down. It was meant to teach kids how to try to avoid traps and that no matter how bad things may seem they will always get better. It’s so fun to remember all the cherished memories I have, there are so many it would take a lifetime.

Some of my favorite memories are of visiting my Papa Johns. He had saved so many beautiful knick knacks from my Great Grandma Gertie. I loved to simply look at them and the picture of the praying man on his wall. I would imagine another picture of an elderly woman praying as well and in college I had the same print and it came with the woman praying too. I loved looking at his doves and listening to them coo. His telephone was a rotary brown phone and I was sure to use it to call home because I loved how it spun back and thought it was amazing. When I graduated at my eighth grade promotion he gave me a JR Bible, I passed that on to my boys and soon Duke will be able to call it his own as well.

I remember when my dad was building our boat in his brothers shop. I got in trouble for watching him weld because the arc is dangerous for the eyes. I ended up being the best fire watch on the boat I worked on during shipyard. I stopped the boat from burning down. They were cutting lines in the factory and Hung Lee cut the wrong pipe, it blew a flame out of it and was going to start a boat fire. I heard “liar, liar” but they were saying fire fire! I was swift and on my feet running to the area of the screams and during my sprint already had the extinguisher pin pulled and ready to go, I was on the wrong side of the machine so I threw the extinguisher to hung lee who was standing there and he extinguished the blaze.

Point of my memories? They are cool and fun to share! Have a nice day! 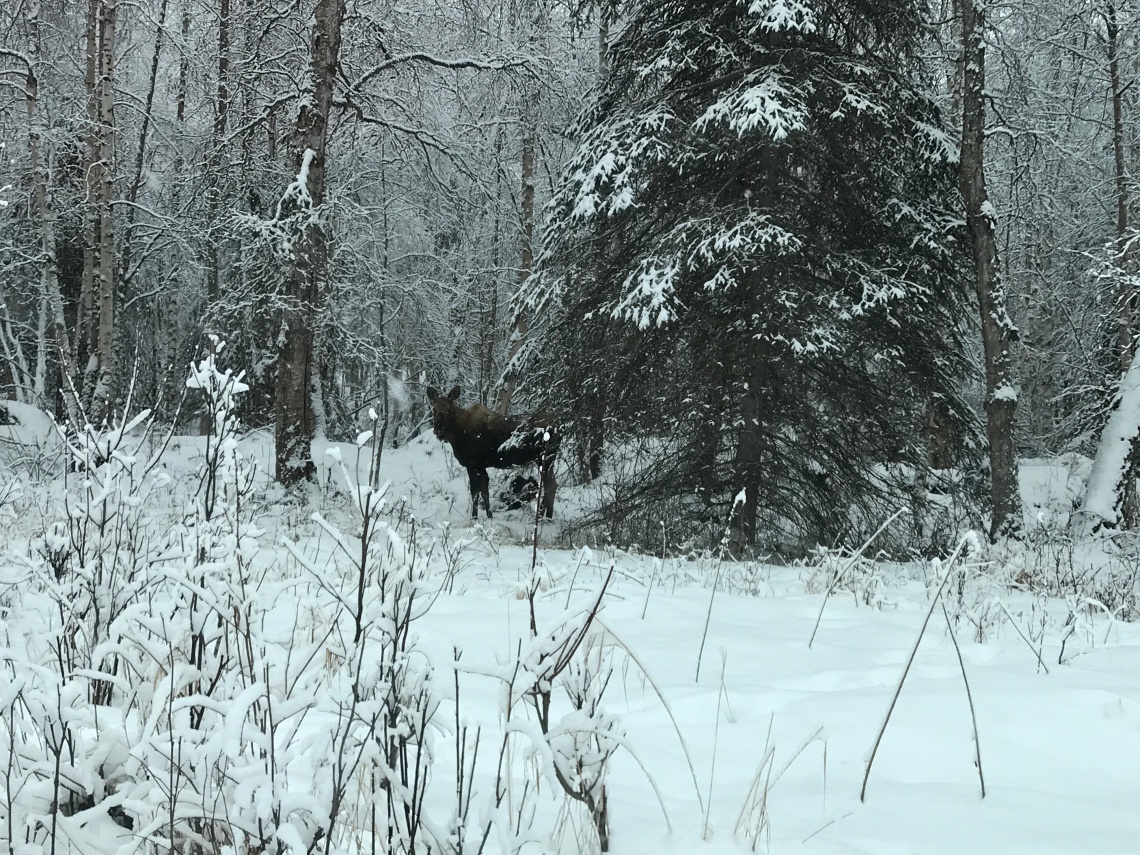 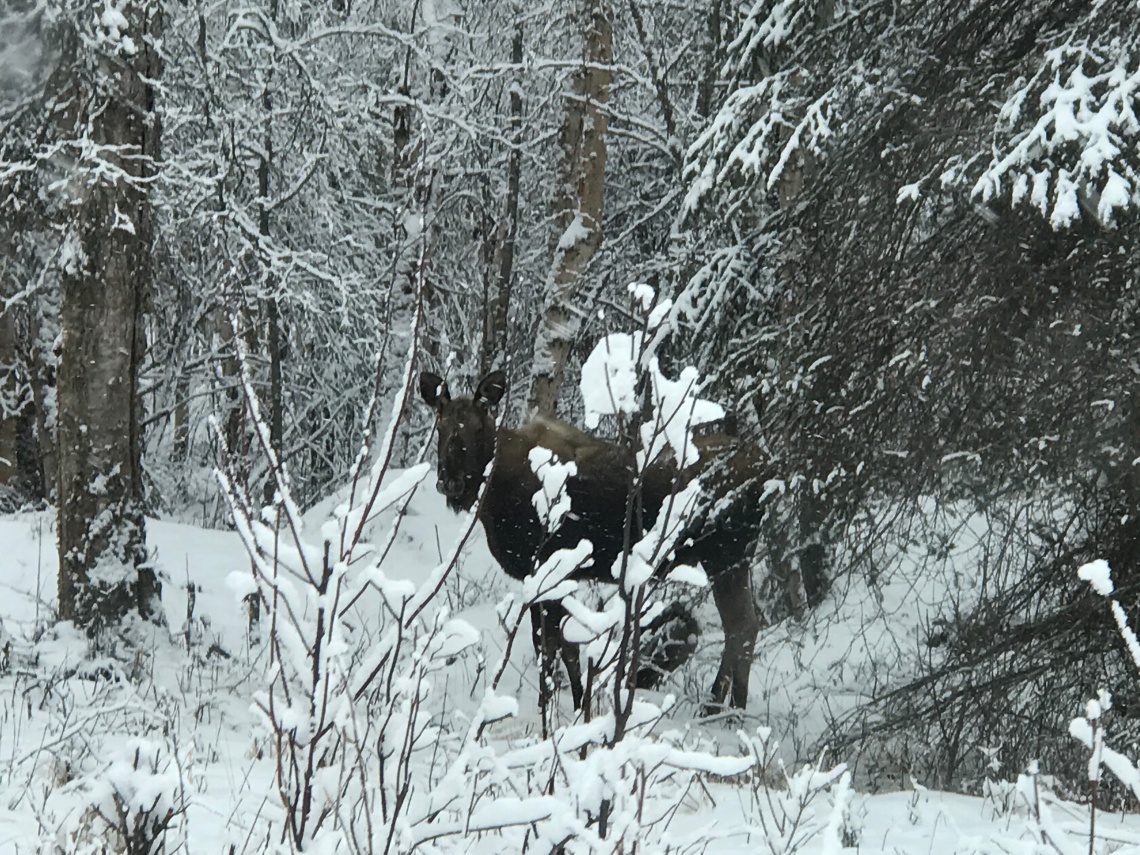 A mock up of the first Children’s Book that I will publish, the only suggestion I had was that both names need to be the same size! This is an exciting transition in my life. From the Ashes a new woman emerges and I will only continue to strive to be the best mom I can be! Peace be with you! I am so excited to be collaborating with my good friend and classmate! I hope this is the first in a series of books I have already written! 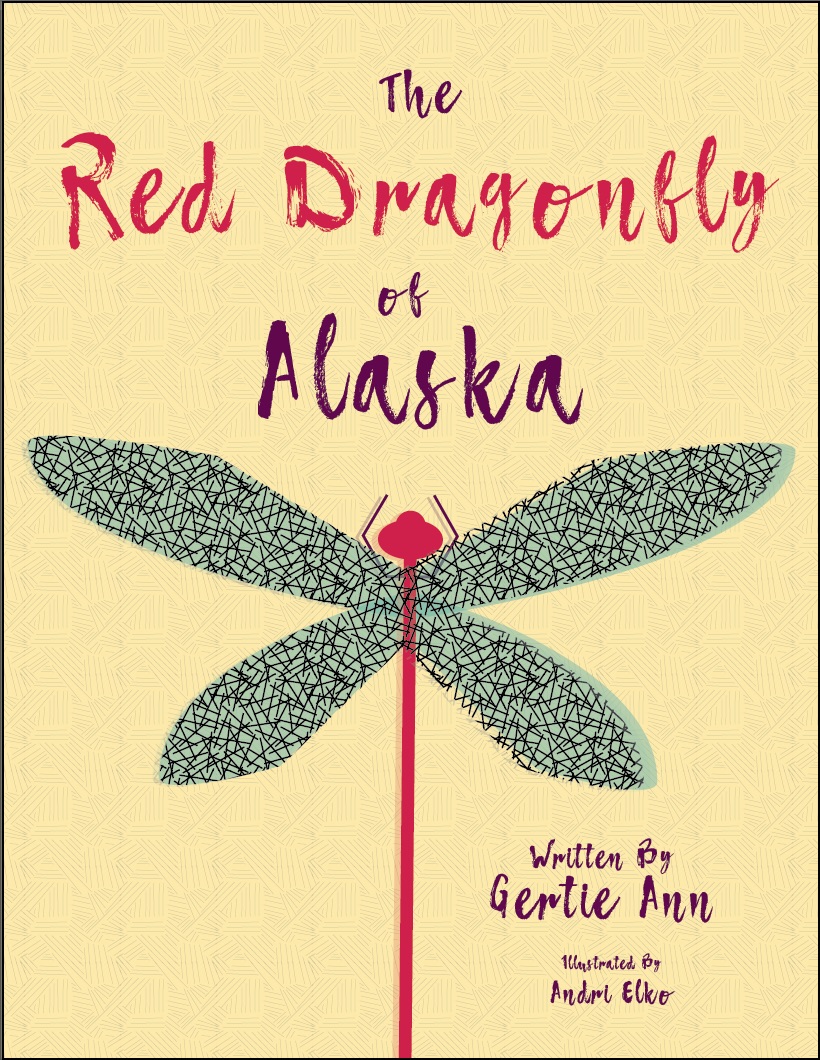 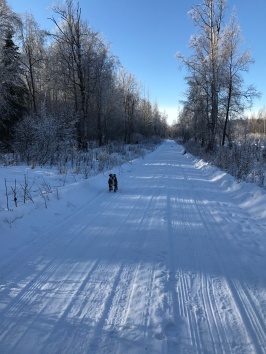 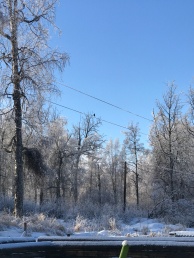 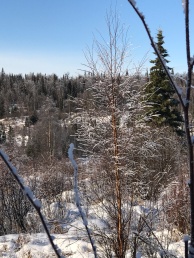 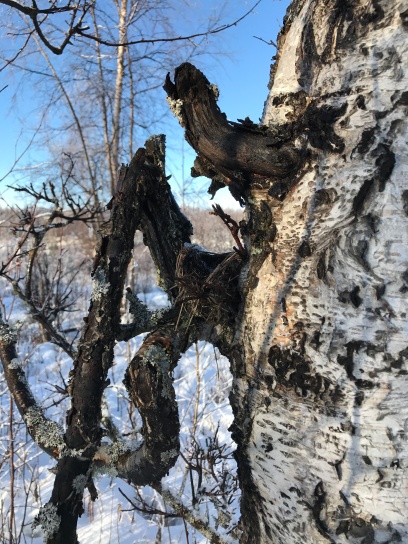 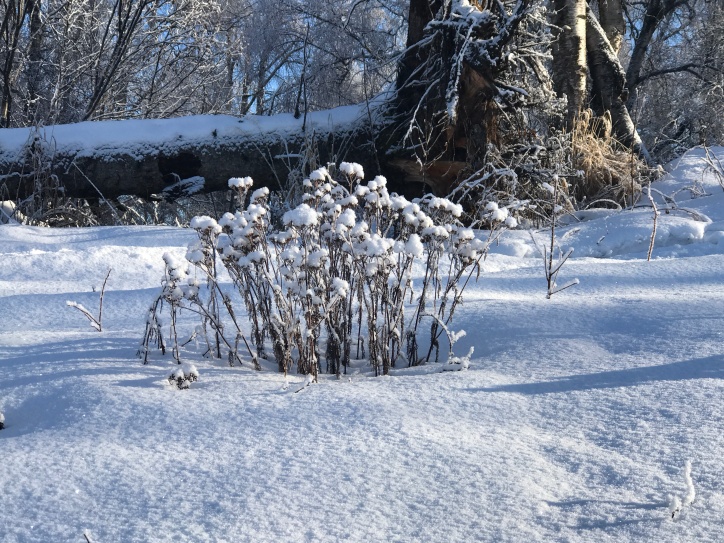 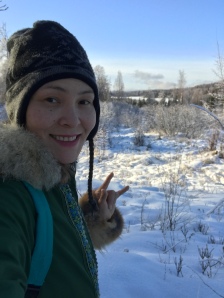 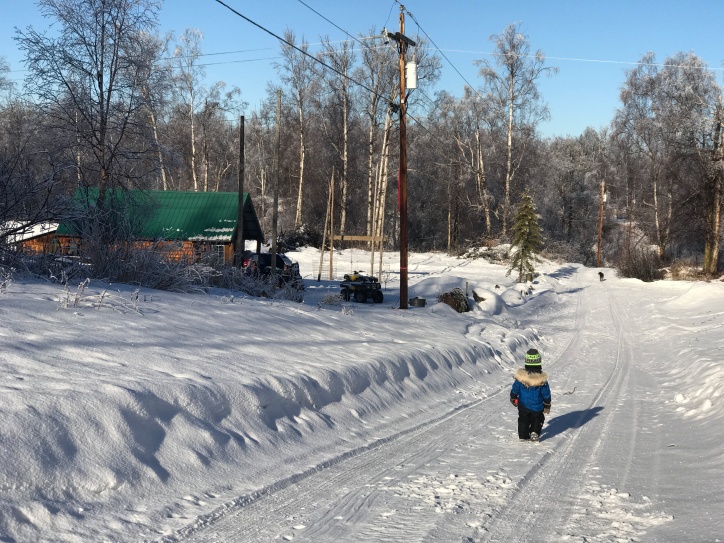 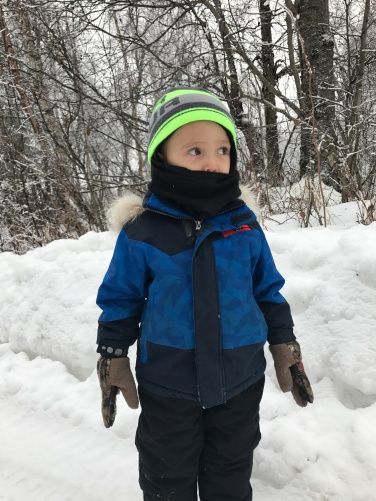 Three hearts: heart shaped moose steak, Duke of hearts and a heart shaped birch burl. 💘 May your day be filled with love and happiness!